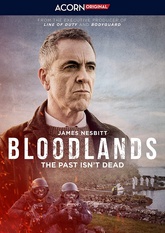 When a car is pulled from the sea, detective Tom Brannick makes a murderous connection.

When a car belonging to a known crime associate is pulled from the sea, veteran detective Tom Brannick (James Nesbitt) instantly sees the connection to a notorious series of mysterious disappearances—including his own wife’s 20 years earlier. It seems someone is trying to force the police service to reopen the investigation into these cold cases, which were swept under the rug for political reasons. Brannick embarks on an obsessive campaign to unmask the shadowy figure behind these events—a possible assassin code-named Goliath—in a case that evokes Northern Ireland’s dark past.

Please enter your email address below. You will receive a link to reset your password.

Are you sure you want to decline the Director's Selections?

A Guide to Our Simplified Prices

Buy Member Credits during the first 10 days of the month for only $ each and redeem them for any book on the site.

Credits will not expire, so you can use them at any time!

All pre-orders are sold at the Membership Price or for one Member Credit, and are shipped separately.

Visit the FAQs for more details